In this tutorial, you will learn more about bonds between atoms, and especially how SAMSON represents bonds, and the differences between a triple, a double and a simple bond…

Go to the “periodic table”

. Then do the same with two oxygen atoms and two nitrogens atoms.

Now go to “simulator” and « add simulator ». In “select interaction model”, choose “universal force field”. Press “OK” and on the appearing tab “UFF setup”, unselect « use existing bonds » (otherwise it will only change the bonds that already exist, but not create any new bonds).

Then, run the simulation:

. As you can see, the bonds all have different thicknesseses:

The hydrogen bond is thinner than the oxygen bond, itself being thinner than the nitrogen one, which almost looks like a blue pill. It actually represents the number of bonds between two atoms: a simple one for the hydrogen, a double for the oxygen and a triple for the nitrogen. Now keep in mind that SAMSON will try to minimize the energy, so it can sometimes create bonds that aren’t actually existing, for instance if you put three hydrogens too close to each other. 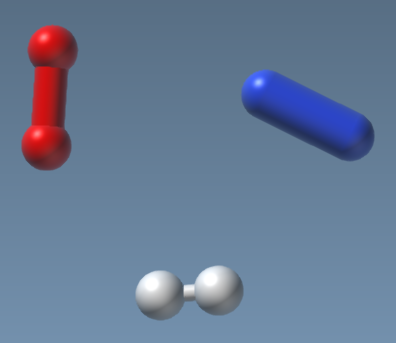 Applications on an ethane molecule

Now it would be interesting to see how these bonds tend to evolve when we add other atoms to a molecule. Go to the atom creator and add two carbon atoms. Now add the « universal force field simulation ».

At this point, the carbons are supposed to be linked by a triple bond.

Now, add some hydrogen atoms, one by one. One on the first carbon atom, then another on the second carbon.

Now run the simulation. As you can see (if you have placed the carbon and hydrogen atoms close enough) the carbons have created a bond with the hydrogens and the carbon-carbon bond has become tighter. The explanation resides in the octet rule :

As a carbon can’t have more than 4 covalent bonds, creating a bond with a hydrogen forces the carbon to suppress another one that is more energetic, which in this case is the carbon-carbon bond.

You can reiterate the process by adding hydrogens near to the carbons, until there is only a simple bond remaining between the two carbons. You will also be able to see that the configuration evolves in order to minimize the energy.

You can observe the same phenomenon with an ethane molecule. It will try to stay in the gauche conformation, especially when your simulation has a high time step like below. 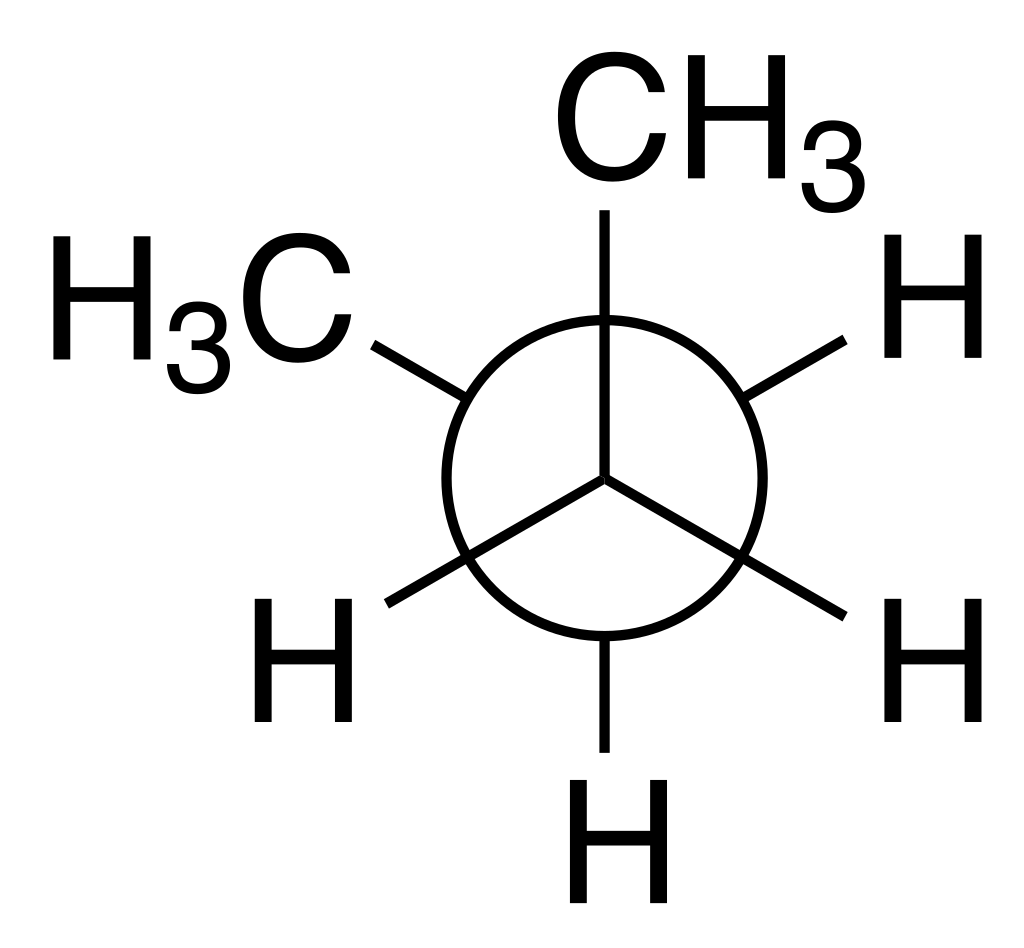 The Newman projection is what you see above, it is a view through the carbon-carbon bond with one of the carbon represented as a circle because it is in the back. It is very useful to observe conformations.

You can also see for a dihydroxyethene (C2H4O2), that the molecule will try to remain in the same plane, and that one of its two configurations is more stable than the other, can you guess, with the video below, which one of the Z (zusammen) or E (entgegen) configuration is the most stable ?

Now try to create a propan-1-ol and twist and turn the molecule to have the lowest total energy possible as shown in the red box below: 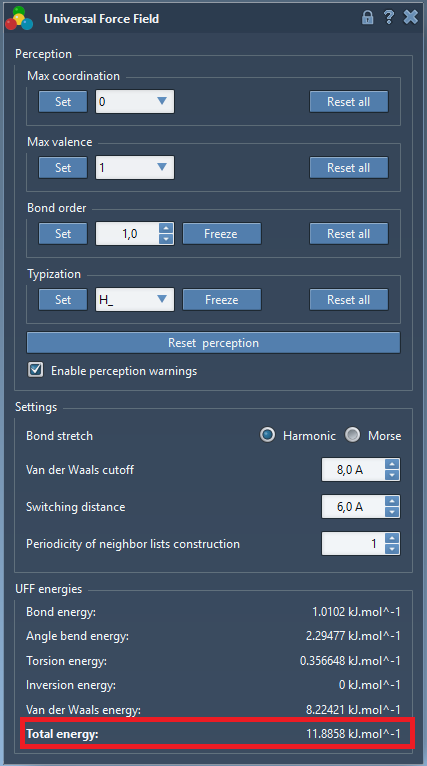