Now that you know how to create your own molecules, you have to know how to save them and reopen them.

Click on “File” then “Open…” or just press “Ctrl+O”, then select “chassis.pdb”. After you have clicked, a window should appear. Tick the boxes as done in this image: 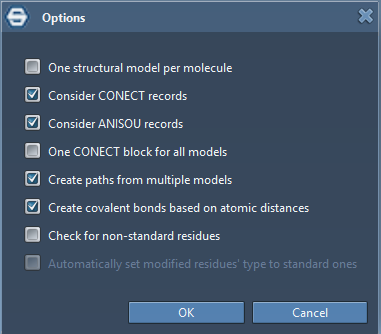 On the display window you only see one molecule… But still, you opened it four times? Well, as you see in the document view, there are indeed four “roue.pdb”, they are just piled together. And you see that when you want to click on the molecule to move it, only an atom is moving.

To move the entire molecule, you have to select it in the document view. A yellow box should appear, meaning a group of atoms is selected, and now you can move it as one with

to move the group of atoms after it was selected).

Now that the wheels are in the right place, there is still a problem, beacause they are not in the right direction! To solve this, click on

and click on the circle in the plane that you are working in, but not the yellow one which rotates the molecule in any direction.

Create the bonds between the chassis and the wheels and save it by clicking on “File” then “Save as” or just hit “Ctrl+S” on your keyboard. Now you can run a simulation with no fear of having your work destroyed.

Once you have done this your computer gets slow. You can adjust some parameters of the simulation in order to speed things up, like reducing the number of steps and increasing the time between steps.

Increase the step size to at least 0.2 fs! 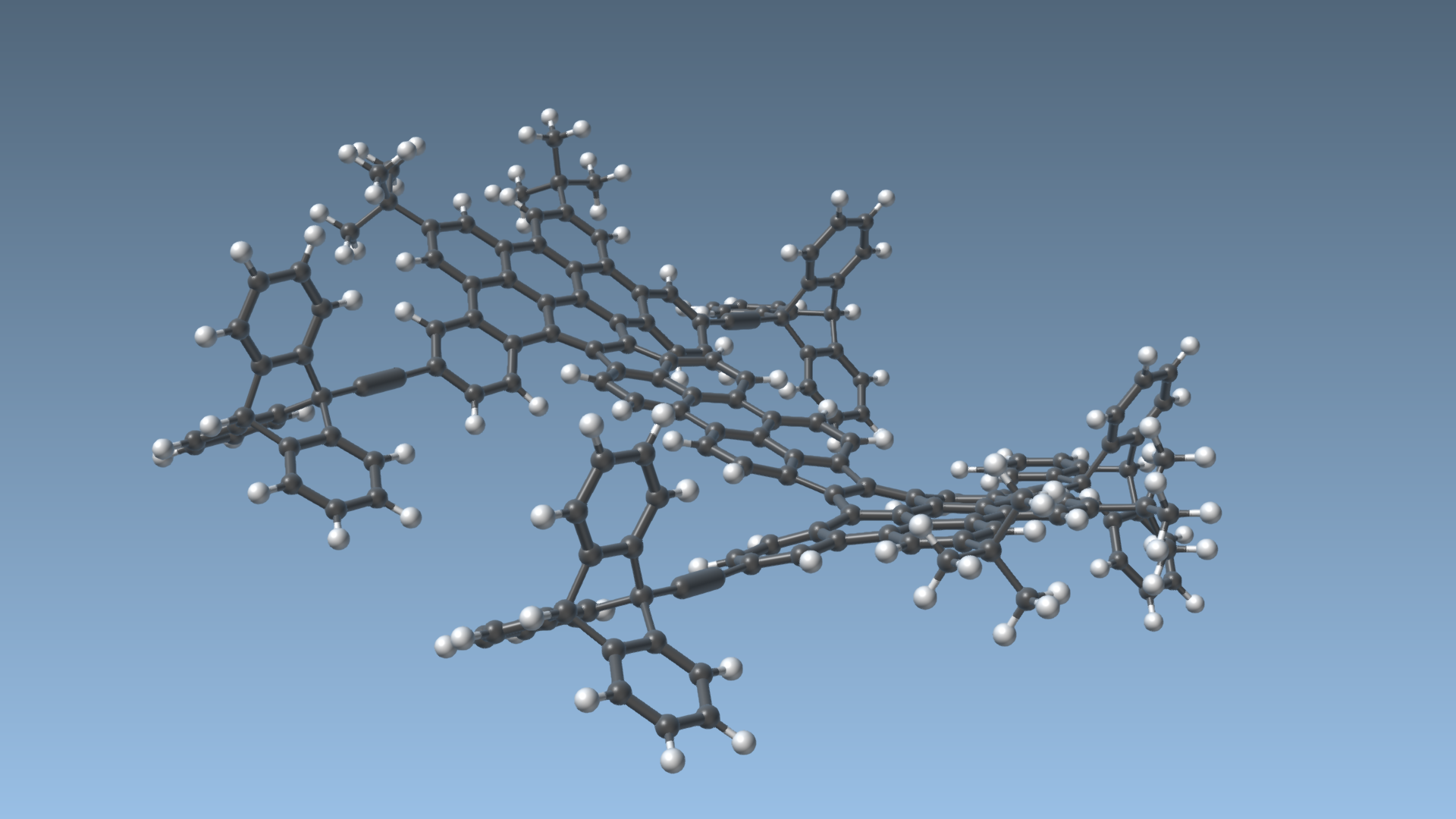 Just press “Ctrl+Z” and it will be fine… Right?

Oh but you are a smart one and you saved your work earlier! You can just reopen it! pfiouu…..

As you may have seen, pressing “Ctrl+Z” moves you back in the “History”, but since the creation of bonds in the molecules you opened doesn’t appear, moving back won’t recreate them except if you’ve placed them yourself. And you also noticed how placing a single atom jammed the whole simulation so the next time you want to add molecules or atoms to a simulation, press this button:

first to pause the simulation!

so you don’t create any atoms by accident, because the atom creator

What you have just assembled is a nano-car made by the CNRS for a race between labs. If you want to know more about them or the race where this car took part, you can follow these links:

We’ve created the parts ourselves on SAMSON with this topological representation: If you want to try, you can do it yourself!