Pathlines: show a path of the center of mass of an atomic system

In this post, we will show you how to create pathlines thanks to the Pathlines visual model. Pathlines are visual models which represent the trajectory of the center of mass of selected atoms along selected Paths. Pathlines may be used to understand the motion of a single atom, or a group of atoms, along a path/trajectory.

Before starting the tutorial, please, download this archive: Pathlines (~13MB). It contains a file (1pv7_ligand_complex_with_paths.sam) from the Ligand Path Finder tutorial with already computed paths.

Select the ligand named TDG and one of the Paths. Go to Visualization / Add visual model or use the Shift + Ctrl + V shortcut to create a visual model. In the pop-up window, choose “Pathline of the center of mass” and press Ok. 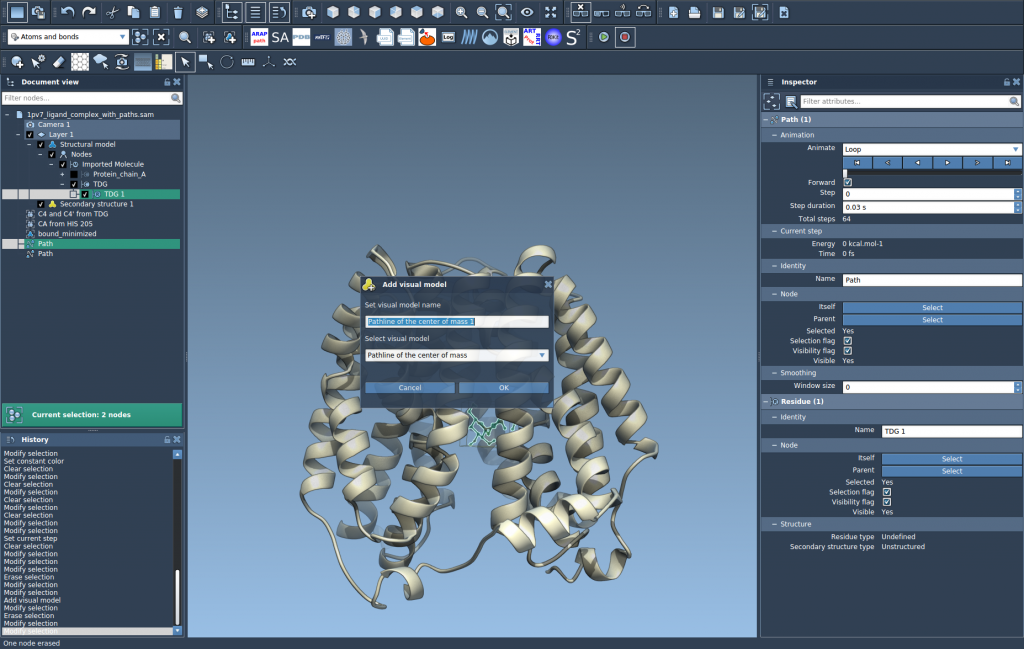 The new pathline will show how the center of mass of the TDG ligand moves alongside the chosen Path. 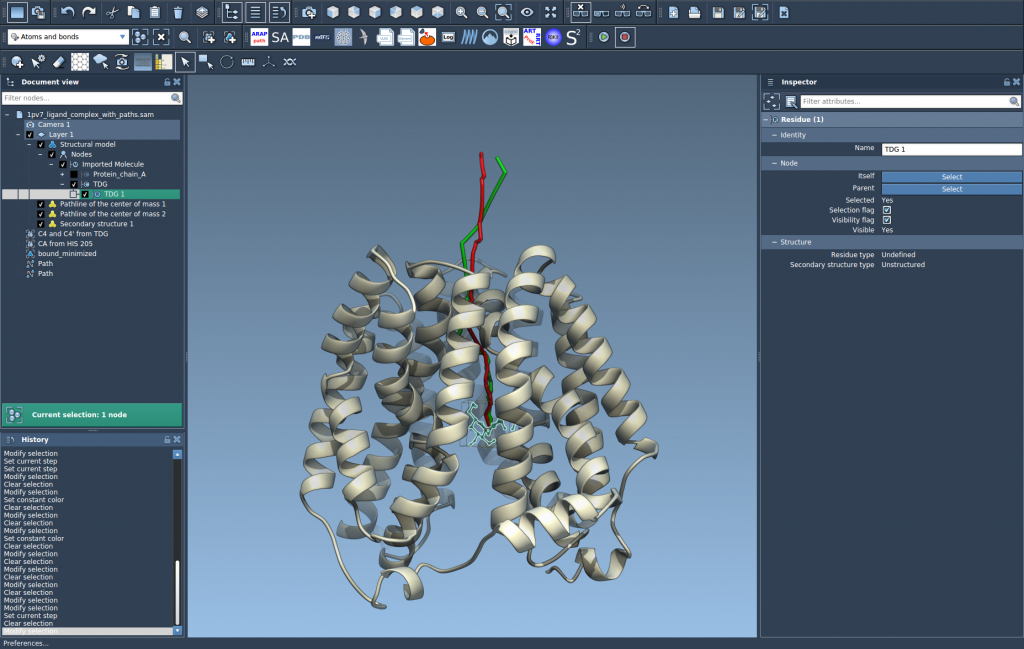 You can do the same for the second Path. 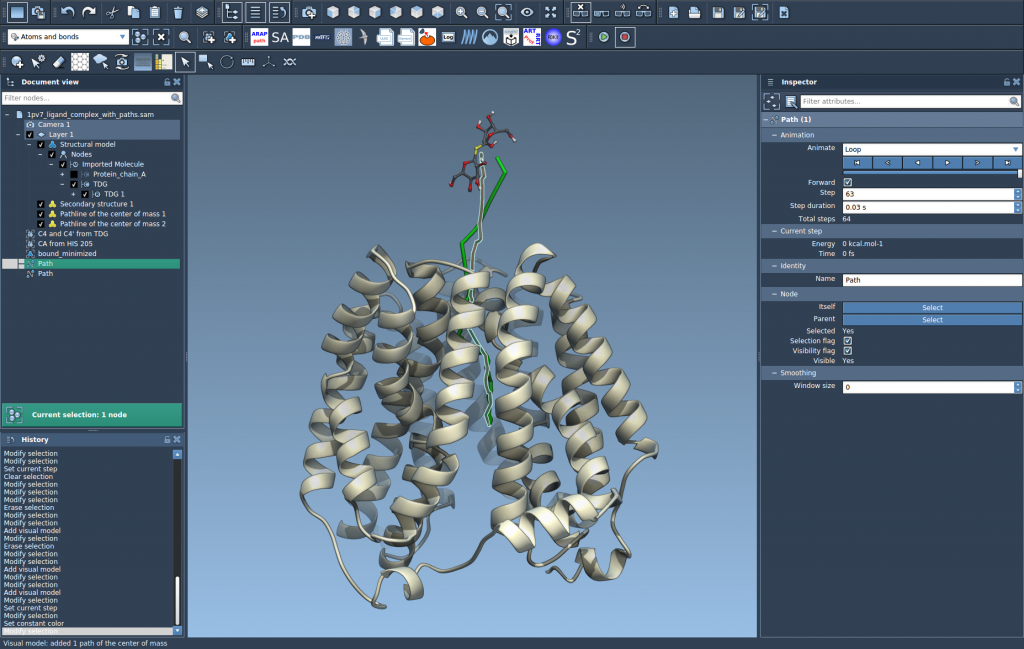 You can modify the thickness and color of a pathline in the Inspector by selecting a pathline. 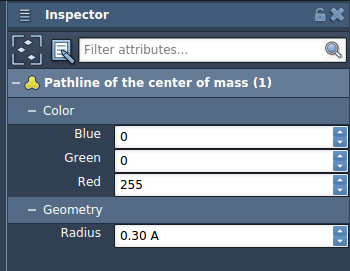 Now that you know how to visualize paths, you might want to use the P-NEB app to optimize them (see the tutorial on how to optimize transition paths with the Parallel Nudged Elastic Band (P-NEB) method).